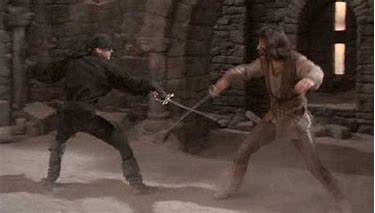 Every day of life on Earth is a day of spiritual warfare. Life is too short not to realize that we are daily in battle with a real enemy. Our enemy Satan has one main objective: our destruction. We would be foolish to enter each day unaware of Satan’s schemes directed against us. Someday, Satan will be cast into the lake of fire, but until then, every day is a fight. The first thing we must do is understand our adversary. Satan means “adversary or enemy,” and devil means “accuser or slanderer.” I like to use the acronym MAL to describe Satan’s basic character: He is a murderer, an accuser, and a liar. We know the prefix mal from many words, among them malnutrition and malpractice; it simply means bad. Satan is a bad character in every sense of the word—he is evil. In John 8:44, Jesus says that Satan was a “murderer from the beginning” and calls him the “father of lies.” The Apostle Paul says that Satan is such a good liar that he “masquerades as an angel of light” (2 Cor 11:14). In Revelation 12:10, Satan is also called the “accuser of our brethren” (KJV).

Anyone who can make himself sound like an angel, a very messenger of God, has got to be the biggest and best liar there has ever been. Jesus said that whenever Satan speaks, he speaks in his mother tongue—lies. A friend of mine said something about Satan a few years ago that I have never forgotten: “It always seems as if Satan gets away with at least one big lie with every person.” I know well that Satan or one of his demons has whispered to me for years lies that I have believed. Of the many serious battlegrounds for spiritual warfare in the world and in the unseen realm, one of the biggest is the space between our ears—the mind.

Our enemy also doesn’t fight fair. He knows our weaknesses—our Achilles heel—and he attacks during our weakest moments. Use the acronym H.A.L.T.S. to remind yourself of some of Satan’s favorite times to attack—when we are hungry, angry, lonely, tired, or sick. I heard a speaker say one time, “Satan knows it only takes one unguarded Saturday night to ruin your life.” Satan’s goal is to destroy you, and he continues to prowl around, looking for a chance to pounce on you and devour you (1 Pet 5:8). The Bible presents Satan as a formidable opponent, but we must not adopt an unbalanced theology concerning his power. His power is limited. He is stronger than you and I are on our own, but he isn’t even close to being as strong as God is. He and God are in different categories. Satan is a created being, a fallen archangel—but God is creator. A fight between God and Satan wouldn’t be a fight: The Bible tells us that when Satan’s time is over, God sends him to the lake of fire with one simple command. God and Satan fighting would not resemble two men of similar strengths having a boxing match. It would be like a man fighting an ant: At any moment, the man could crush the ant using a single finger.

We must be careful not to underestimate or overestimate our enemy. We would be foolish to ignore Satan and his schemes against us, living as if he doesn’t exist. But we would be equally foolish to view him as having too much power, causing us to live in constant fear of him. Similarly, C. S. Lewis warns us of two errors into which we can fall:

There are two equal and opposite errors into which our race can fall about the devils. One is to disbelieve in their existence. The other is to believe, and to feel an excessive and unhealthy interest in them. They themselves are equally pleased by both errors and hail a materialist or a magician with the same delight.

REFLECTIONS:  How can you remind yourself that you are in a daily spiritual battle against Satan and his demons? What are some of Satan’s specific schemes or plans against you, against your family, against your ministry, and against your church?