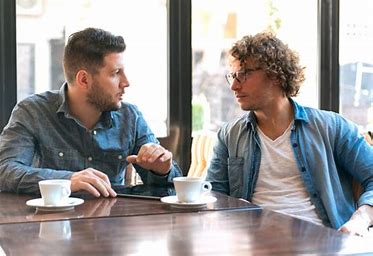 We are not meant to “do” life by ourselves. Life is too short not to have deep friendships that can keep us accountable and on the right track. My first experience with an accountability partner was on the mission field. A missionary friend whom I’ll call Paul was having some problems in his marriage. Paul had developed an emotional attachment with another female missionary but, praise God, had been confronted about the inappropriate relationship before it became sexualized. The leadership of his mission agency asked me to meet with him regularly to hold him accountable for his marriage. I began to meet weekly with Paul to ask him about how things were going in his marriage—whether the healthy boundaries that had been set up were being kept.

Things went well for a while, but then the Lord confronted me about the one-way accountability of our relationship. I had not been tempted to have an affair as Paul had been, but the Lord made it very clear that I needed healthy accountability in my own marriage just as much as Paul needed it for his marriage. I shared this conviction with Paul, and our relationship quickly evolved into a relationship of mutual accountability. I had never experienced this level of commitment in a relationship with another man. Having someone look me in the eye regularly to ask me how I was really doing was empowering and life-giving. I had never regularly confessed my weaknesses, sins, or vulnerabilities to anyone—including my wife. The experience was so helpful that when I left the mission field in 1993, I vowed to never allow myself to live for a long period outside a relationship of face-to-face accountability with another Christian brother. If the relationship must end when a person moved or when other circumstances of life interfered, then I would seek out another accountability relationship as soon as possible. I made this vow in 1992, and I have kept it for twenty-six years. I plan to keep it until I die.

When I started teaching at Lincoln Christian University in 1994, I approached Marvin, the preacher at our church in Mt. Pulaski, Illinois, and asked him whether he would consider entering into that kind of regular accountability partnership. He readily agreed and told me that my offer to him was like giving water to a thirsty man. When Marvin left to go to another church, I was able to develop accountability relationships with the ministers that followed, including the current minister, Mark. When we meet, we ask each other about all the roles we play and the relationships we have in life. We especially check in with each other about our marriages and how we are doing with our eyes and thoughts in regard to sexual temptation. Russell Willingham, in his book Breaking Free, says, “Growth and healing always have and always will come through relationships with God, self, and others.” Because some of our biggest problems in life come from relational wounds, they have relational solutions.

Something is very powerful about being in an accountability relationship that involves full disclosure. On the one hand, being fully known by another person can seem very risky; on the other, such a relationship can be one of the most empowering in life. Deep friendships such as these are some of life’s greatest treasures: Life is too short not to discover the treasure of the accountable life.

Two are better than one, because they have a good return for their work: If one falls down, his friend can help him up. But pity the man who falls and has no one to help him up!

2 thoughts on “Doing life together!”