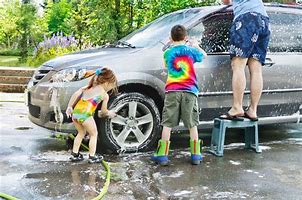 When I was a youth minister, I learned the power of encouragement from an idea I got out of a book of youth ministry ideas. It was called the “car wash.” To hold a car wash, line students up in two parallel lines facing each other, then choose someone to walk through the car wash. As he or she passes through the car wash, each person on either side must give the “car” a compliment—no sarcasm or empty flattery allowed. Holding a car wash can be embarrassing at first, but I found that it can be life-changing for a young person when done well.

I am consciously trying to become a more immediate application encourager. When I have a good thought about my wife, I now try to tell her right away rather than letting the moment pass and running the risk of forgetting to tell her later. I am trying to encourage people immediately—as soon as the Holy Spirit prompts me to do so, without allowing myself time to forget. Such promptings sometimes come in the middle of the night, when I wake up with someone on my mind. When I do, I pray for that person immediately, then—not wanting to text him or her at 3 a.m.—write that person’s name on a notepad by my bed to remind me to text or email in the morning.

Several years ago when I was beginning a doctoral program, I ran into a former professor of mine, Dr. Rondal Smith, who has a Ph.D. in linguistics and who has traveled around the world as a consultant for Bible translation projects. He had been a great encouragement to me during my missionary career in the DR Congo. When I confessed to Dr. Smith my personal doubts about being able to finish the doctoral program, he replied, “Mike, if you can live in the DR Congo, then you can get a Ph.D.!” His words spoke life into me. I went home that night and wrote them on a yellow sticky note that I affixed to the bulletin board above my office desk. Mark Twain said, “I can live for two months on a good compliment”—and indeed, I believe that some compliments are powerful enough to keep us going for a lifetime!

Some compliments affect us so deeply that we don’t need to write them on sticky notes to remember them; they are permanently written on our heart. One of the best compliments I ever received came from Max Lucado. I normally don’t get to spend time with “famous Christians” such as Max, but I was asked to give a short invitation challenge, in front of thousands of people, immediately after Max spoke at a missions convention. Max spoke for thirty minutes; I spoke for five. (Later, one of my students joked, “Hey, did you see Max Lucado up there on stage tonight, opening for Mike Nichols?”) It was an amazing night. Dozens answered the call to become long-term missionaries. After the service, I held onto a folding chair in a secluded place behind the stage so that Max could stand on it to pray over the large group of people who had responded to the invitation.

But before that, after giving my five-minute challenge that night up on stage, I walked away from the podium, glancing back at Max. He gave me the thumbs-up sign and spoke two life-giving words to me: “Good job!” Even if he was just being polite, I will never forget those two little words of his. Later that evening, I also received some unexpected encouraging words from my dad, who was also attending the convention. In the middle of a conversation, he said, “Mike, I don’t think this will be the last time you speak in front of a large crowd of people.” He said it almost as an aside, but I will remember his words forever. I received them deep in my soul—life-giving, powerful words of blessing from my father.  Life is too short not to take every opportunity to speak life-giving, powerful words of encouragement into others.

REFLECTIONS:  Who do you know that needs to go through a car wash?  Maybe you could organize a creative car wash for someone by encouraging a group of people to send cards or emails to someone who needs to be encouraged.  Is there someone in your life that you need to communicate the simple, powerful words—good job!

His master said to him, “Well done good and faithful servant . . .”