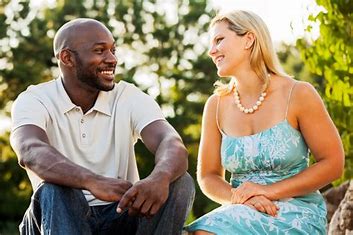 A few years ago, I took a class on ethnicity at Trinity International University in which I realized that the conception of race as a biological or physical reality that can be used to demonstrate how one group of people is superior to another is actually a 400-year-old lie based on no credible evidence—nothing! And twisted theology was used to support this lie. For example, some have spoken of the “curse of Ham” as being somehow connected to the black race. But the phrase curse of Ham is not found in the Bible, which speaks rather of the curse of Canaan, Ham’s son—and Canaan became the father of people who live in the Middle East, not in Africa! Moreover, science has helped expose the lie of race superiority: The Human Genome Project has shown that humans are overwhelmingly similar in their genetic makeup.  The sinful attitude of racism is real, but the concept of racial superiority is not.

When I was listening to a radio call-in program while driving across Missouri several years ago, a woman called to complain that her daughter, who was white, wanted to date an African American young man. The mother asked for scriptural support for a prohibition on interracial dating. She remembered hearing about a Bible verse that warned against being “unequally yoked” and wanted to know where she could find it. The radio host told the woman that the phrase she was thinking about was from 2 Corinthians 6:14–18 but explained that the phrase was referring to a Christian marrying a non-Christian—that it had nothing to do with different races. Then he said something that I have never forgotten: “Ma’am, you need to know that there is actually only one race mentioned in the Bible, and that is the human race!”

I have reflected on that statement many times. What if we really believed that there was only one race—the human race? It would change so many things. I would love to mature, by God’s grace, to the point of laying down the oppressive burden of negatively judging other people according to skin color, culture, or class. Indeed, Henri Nouwen writes about a time in his life when he felt free from this bondage (see the chapter on the burden of judgment in his book, Here and Now):

It felt as if a heavy burden had been taken away from me. At those moments I experienced an immense love for everyone I met, heard about, or read about. A deep solidarity with all people and a deep desire to love them broke down all my inner walls and made my heart as wide as the universe . . . . I was so full of God’s goodness wherever I went, even behind the facades of violence, destruction and crime. I had to restrain myself from embracing the women and men who sold me groceries, flowers, and a new suit. They all seemed like saints to me!

REFLECTIONS: Create a memory trigger to remind yourself that every person you meet that happens to have a different skin color or ethnicity is in fact a member of your race—the human race.  Ask God to remove the “burden of judging people” from your life.

So God created man in his own image, in the image of God he created him; male and female he created them

One thought on “There’s only one race!”