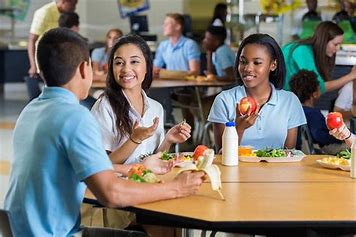 Life is too short to spend it only with people your own age.  Intergenerational relationships can be some of the most rewarding in life, but crossing the generation gap takes courage. I deal with this divide every time I walk into the cafeteria of the university where I teach. In that moment, I have to decide whether to sit with other faculty and staff—which is far more comfortable, not least because we have many things in common—or to sit with students instead. I don’t remember ever being turned down by a student when asking if I could sit with him or her during lunch, but still I fear being rejected. I fear invading students’ space, worrying that they really don’t want to be seen with me or to talk to me in a social setting. In the classroom, I have the power to ask questions and initiate discussions. But in the cafeteria, I’m just another hungry person looking for a place to sit and eat lunch.

My struggle over where to sit in the cafeteria has decreased over the years. I no longer believe the lies Satan has whispered to me, telling me that students don’t really like professors or that students don’t want to spend time with people who are older than them. I have learned that students love to have relationships with people who are older—and that they are just as scared as I am to cross the generational gap. I have had too many good results from my lunches with students over the years to believe Satan’s lies any longer. Some students have joined my major because I took the time to talk to them at lunch; others have come to me for counsel because I took the time to learn their name over lunch and asked how they were doing.  I have learned that young people will actually gravitate to the oldest person in the room who shows them respect.

God loves people of all generations. The Bible encourages Christians to pass on the praises and teachings of God to every new generation (see Deuteronomy 6:1–9 and Psalms 78:3–6). Jesus stood up and advocated for the youngest generation, which was being pushed aside during his days on earth (see Mark 10:13–16). On the birthday of the Church, Peter quoted the Old Testament prophet Joel, who spoke about God pouring out His Spirit during the last days so that “sons and daughters [would] prophesy,” young men would “see visions,” and old men would “dream dreams” (see Acts 2:17). The Apostle Paul told a young man named Timothy to not let people look down on him because he was young (see 1 Timothy 4:12). God calls himself a “father to the fatherless,” saying that one of His jobs is setting the “lonely in families” (see Psalms 68:5–6). The younger generation is close to God’s heart, but unfortunately, they are not always a priority among older members of the Church. Yet the Church is only one generation from extinction—a constant reminder for all Churches. Satan desires to bring discord and division into the Church, and intergenerational relationships provide the perfect place for him to breed neglect and division.

We will tell the next generation the praiseworthy deeds of the Lord, his power, and the wonders he has done.